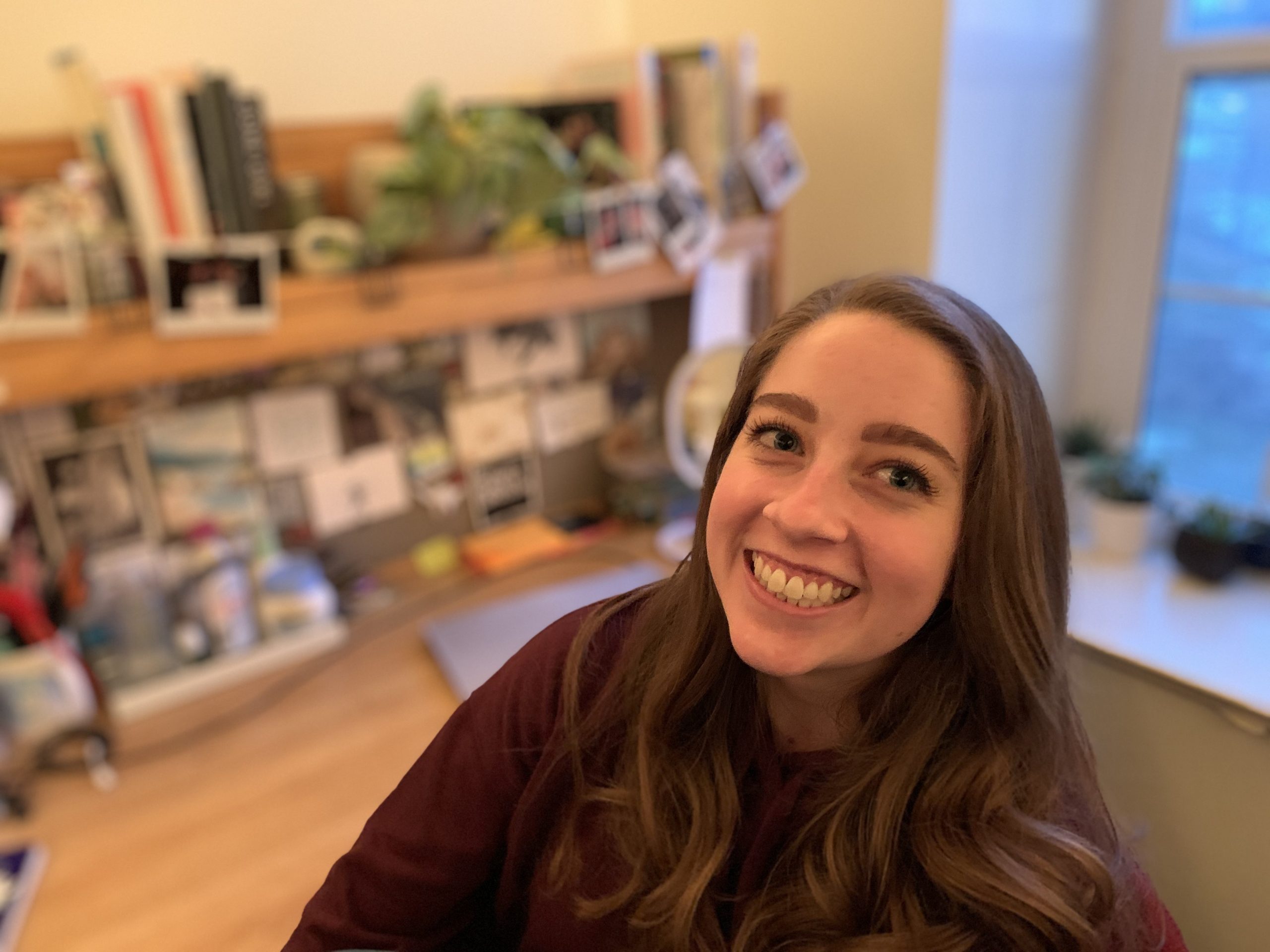 “I drove in a very packed car with my parents to my residence hall and hauled all of my things in red carts in the elevator. I walked in and was immediately greeted with friendly faces. We all helped each other with moving stuff in and getting settled."

Julianne is a second-year nursing student originally from Layton, Utah and has lived on campus since August of 2018. In her first year she lived in Sage Point, a residence hall in Heritage Commons. Move-in Day is a tough and sometimes scary event, especially during your first year on campus. It was no different for Julianne. On a hot summer day in August, full of thousands of smiles, nervous faces and lots of red carts, there is nothing quite like moving onto campus at the U.

For Julianne, living on campus is a once in a lifetime experience. “It’s a really great way to meet people in a super fun environment,” said Julianne. “Being surrounded by people my age going through the same stuff I was going through was comforting.” She loves being so close to everything on campus and the shoreline trail to explore the mountains. However, there’s a lot more to living on campus than exploring the foothills and being close to classes.

Julianne has a few tips for living on campus:

In her second year living on campus, Julianne lives in apartment-style housing for upper-division students. “I am super close to Red Butte Garden, so during the summer, opening up the windows and listening to the bands playing is really fun.” Julianne continued living on campus for her second year because she loves being in a supportive community and living in a place she feels safe and happy in. “Recently, we have been watching The Bachelor and making brownies, and it is so fun!” she said. Julianne also highlighted the smaller moments to cherish, “Seeing the sunsets and the mountains always astounds me.”

For Julianne, there is nothing more valuable than living on campus. “I remember being exhausted after that first Move-in day, but I also felt at home.”

Have you thought about where you’re going to call home next year? Housing and Residential Education has a place for you! HRE has a variety of spaces available for upper-class and graduate students across campus. The housing application opens in CIS on February 10 with a priority date of April 1. For more info, check out step-by-step instructions below or click here.