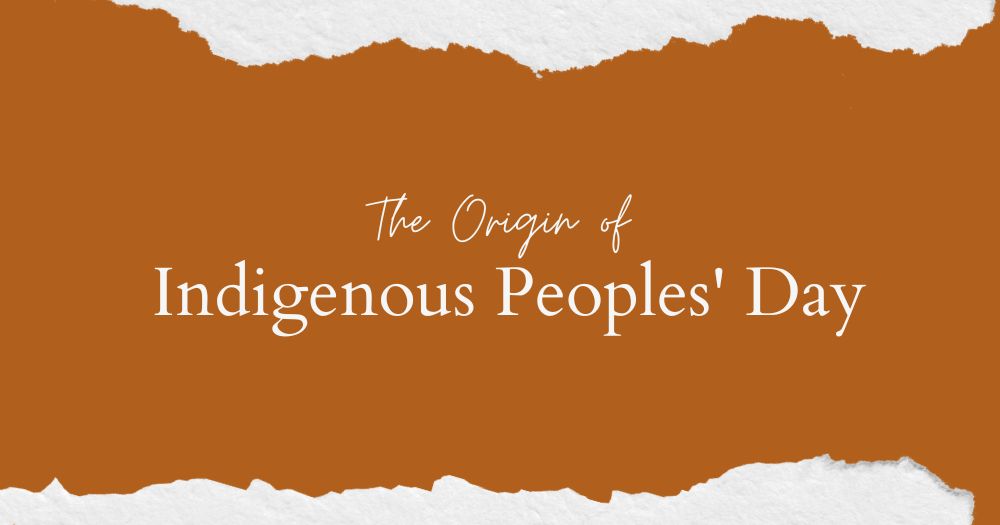 The Origin of Indigenous Peoples’ Day

Disclaimer: This blog post is not intended to be a full history of Indigenous Peoples’ Day, but rather a brief overview of its origin.

The history of Columbus Day

In order to better understand Indigenous Peoples’ Day, let’s explore the origin of Columbus Day. Columbus Day was a federal U.S. holiday that was created to celebrate Christopher Columbus’ voyage to the Americas in 1492. In 1792, the 300-year anniversary of Columbus’ arrival, some communities gathered with parades and parties to honor his arrival. The larger purpose of the celebration was to celebrate the descendants of people who were connected to Columbus’ voyages.

100 years later, the president, Benjamin Harrison, proposed that we celebrated Columbus every year. It was then decided that Columbus Day would be held on the second Monday of every October.

The switch to Indigenous Peoples’ Day

Controversy began to arise with Columbus Day because his voyages catalyzed many casualties to individuals and established indigenous communities. Europeans arriving in the Americas brought diseases and enslaved the indigenous people. This led to many deaths.

In the 1990’s, a few states changed the holiday to Indigenous Peoples’ Day after evaluating the tragedies Columbus induced.  The new purpose of the holiday is to honor Native American culture and acknowledging the people who were here long before the Europeans arrived.

In the 2010’s the holiday became more and more popular with many more states changing the holiday. In 2021, the mayor of Salt Lake City made the change to Indigenous Peoples’ Day. This change supports the celebration of our state’s Indigenous roots, histories and contributions.

Last year, for the celebration of the first official Indigenous Peoples’ Day in Salt Lake City, a festival was held in Washington Square (SLC City Hall). There was music, art, candle lightings and prayer ceremonies to recognize and celebrate the Indigenous peoples right here in the Salt Lake Valley. This event was held by the SLC Council, and they invited all Indigenous peoples to represent their tribes in their traditional attire to be honored.

This year, similar celebrations occurred, and as more states and cities recognize the new holiday, more celebrations are to come!