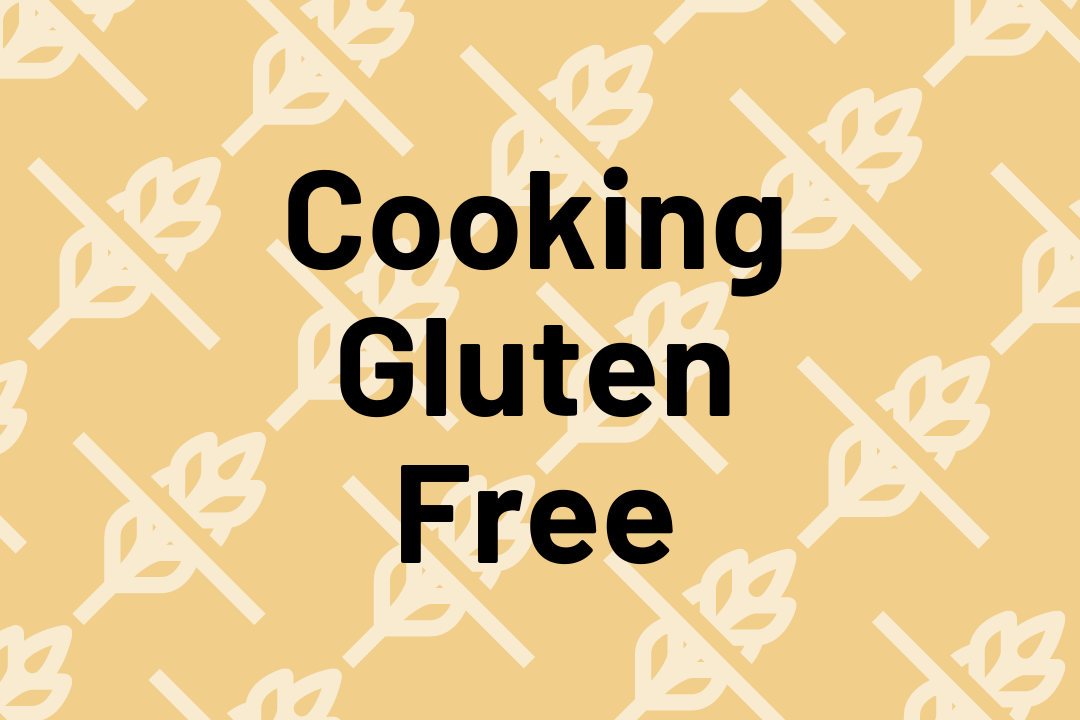 A good number of people I know on campus have to eat gluten free. Whether that’s because they have celiac disease (an allergy to gluten) or if they just prefer to go without it, it’s always a good idea to know how to cook for friends who have that dietary restriction - and this is one that I’ve struggled with personally. So: A brief introduction to gluten. Gluten is in wheat flour, which means it’s in most cakes, cookies (yes, Oreos included), crackers, pastas, and breads. Lots of sauces contain wheat (and therefore gluten) as well, which surprised me. Flour is often used as a thickening agent, so it’s in a lot of random, unexpected foods. Gluten is NOT in all carb foods though. Potatoes, rice, and corn are big staples that don’t contain gluten.

So how do you cook gluten free? It’s pretty easy, actually. If you have a recipe in mind, it’s important that you check the ingredients of processed and packaged foods to check if they have wheat in them. If so, that means they contain gluten and you have to find a substitute. For example, I found that the easiest thing for me to cook for friends with gluten allergies was stir fry. I like to make stir fry with rice, onions, bell peppers, meatballs (weird, I know, but they reheat well), and different sauces. I’ll share a recipe below with the changes I made to accommodate my friends.

For one, my favorite sauce to use to season stir fry with is a sweet soy glaze. It’s sweet and salty and it goes well with sweet chili sauce you can buy at the grocery store (Trader Joe’s sweet chili sauce is the best). You usually make it with soy sauce, brown sugar, white sugar, white wine vinegar, rice vinegar, and ginger, and then you use flour to thicken it. Instead of flour, I would just use a tiny bit of corn starch (corn starch thickens things a lot more than flour though so be careful) and add water if it gets too thick. The other thing in stir fry that has gluten is meatballs. Most people (myself included) use breadcrumbs in their meatballs. Fortunately, you can find gluten free breadcrumbs at most stores next to the boxes of regular breadcrumbs. I wouldn’t even think about these things if I were cooking only for myself; it’s hard to think of every possible thing that includes gluten.

Ok, now for the recipe. This is kind of a mish-mash of things that are relatively healthy, tasty, and stay good for a long time. The recipe below will feed two people but it’s cheap to make for a group if needed.